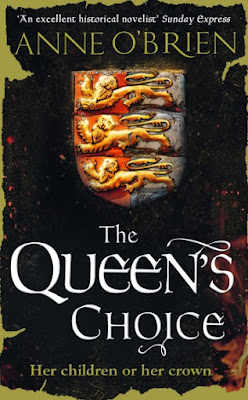 Daughter of a murderer.

The future Queen of England.

Joanna of Navarre knows her place in society. And defies it. Forthright, unemotional and politically minded, she is more than a match for the men in the court of Brittany. And when she inherits control of her lands after her husband's death, it's a testament to her intellect and loyal duty.

Then comes an unexpected proposal — marriage to Henry IV, King of England. The price? Abandoning her homeland, leaving her children, and sacrificing her independence.

Henry's hold on the crown is unsteady and war is brewing. Crossing the channel is a dangerous prospect. If Joanna's pride will allow it, this could be a chance to unite two nations.

But pride comes before a fall, and there are many who conspire to watch Joanna tumble from the English throne...

I honestly do not even know where to start with my review of “The Queen’s Choice. Anne O’Brien once again displays her artistry when it comes to bringing history to life. I was truly lost in medieval England every minute I spent reading it! This novel brings to light the fascinating life of Joanna of Navarre, who became Queen of England when she married King Henry IV. Although I have read hundreds of historical fiction novels set in medieval England, I knew next to nothing about her life prior to reading this novel, and only a little more about her husband, King Henry IV. I definitely had never imagined that there was a passionate love between them, or had any idea of the impact she had as Queen of England. Joanna’s strength is shown over and over throughout this novel as she sets out to prove to her husband, the King, as well as to the people of England, that she is more than just a foreign bride. She is a diplomat, a ruler, as well as an intelligent and strong woman. She is determined to sit beside him as his queen, and as his equal. She left everything she knew, and children she loved, in order to become his queen, and to experience true love. This novel is so incredibly well written and detailed, that I challenge any fan of historical fiction not to fall in love with this book, and with Joanna. 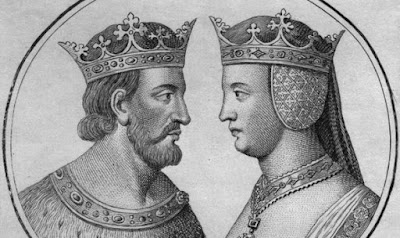 “The Queen’s Choice” has absolutely cemented my belief that Anne O’Brien is the best historical fiction author past of present. I have read all of Philippa Gregory’s novels, most of Elizabeth Chadwick’s, many of Sharon Kay Penman and Alison Weir’s novels, as well as hundreds of other historical fiction novels, and Ms. O’Brien’s novels honestly surpass them all, in my opinion. She has the ability to bring these somewhat obscure, royal women, as well as their passionate romances to life for the reader. As you read, you really feel as though you get to know the characters, and you’re left thinking about them when the book comes to an end. The fact that most of the women she writes about are not widely known or written about is what draws me to her novels the most. Don’t get me wrong, I love a good novel about Anne Boleyn, Eleanor of Aquitaine, or Lucrezia Borgia, but it can get repetitive reading about the same famous and dramatic women from history by different authors. The royal women Anne O’Brien chooses to bring to life are women like Elizabeth of Lancaster, Katherine de Valois, Philippa of Hainault, and more. These women were all important to the history of England, and they all have fascinating stories of strength and intelligence, and they all had incredible tales of love. However, they do not have the dramatic stories of incest and adultery like Anne Boleyn and Lucrezia Borgia, or tales riding horses half naked during the Crusades and waging war on their husband like Eleanor of Aquitaine! However, with Anne O’Brien’s gift of writing, she creates novels that are able to illustrate just how amazing and interesting these women from history truly were. I go into the majority of her novels honestly not knowing how it will end, because most of the women she writes about are only secondary characters in other novels I have read. It’s refreshing to learn more about these women, and through her impeccable research, to get an idea of who they were, what their trials were in life, and how they impacted history in their own way. I cannot say enough great things about Anne O’Brien as a writer, and I await her next novel with great anticipation!

It goes without saying (but I’ll say it anyways) that “The Queen’s Choice” is a clear FIVE out of FIVE stars. It’s one of those books where you wish it was possible to rate it seven or eight stars!

O’Brien cleverly intertwines the personal and political in this enjoyable, gripping tale. --The Times

"Anne O’Brien, the much-loved historical novelist who breathes new life into forgotten medieval women, is back to enchant and enthral us with a torrid tale of love, sacrifice and rebellion at the volatile court of King Henry IV…Packed with drama, danger, romance and history, The Queen’s Choice is the perfect reading choice for the long winter nights." --Pam Norfolk, PA

"...packed with powerful emotions and tumultuous unfolding of an affair that changed the course of royal history, this is a novel in which to enjoy the past in all it rich colour and dramatic detail..."
--Lancashire Evening Post

'There are historical novels and then there are the works of Anne O'Brien - and this is another hit.'
--The Sun 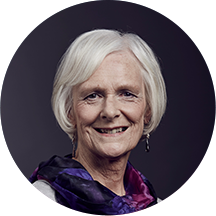 Anne was born in the West Riding of Yorkshire. After gaining a B.A. Honours degree in History at Manchester University, a PGCE at Leeds University and a Masters degree in education at Hull University, she lived in the East Riding as a teacher of history. Always a prolific reader, she enjoyed historical fiction and was encouraged to try her hand at writing. Success in short story competitions spurred her on.

Anne now lives with her husband in an eighteenth century timber-framed cottage in the depths of the Welsh Marches in Herefordshire, a wild, beautiful place on the borders between England and Wales, renowned for its black and white timbered houses, ruined castles and priories and magnificent churches. Steeped in history, famous people and bloody deeds as well as ghosts and folk lore, it has given her inspiration for her writing. Since living there she has become hooked on medieval history.

Sometimes she escapes from writing. She enjoys her garden, a large, rambling area where she grows vegetables and soft fruit as well as keeping control over herbaceous flower borders, a wild garden, a small orchard and a formal pond. With an interest in herbs and their uses, Anne has a herb patch constructed on the pattern of a Tudor knot garden and enjoys cooking with the proceeds. Gardening is a perfect time for her to mull over what she’s been writing, as she wages war on the weeds.