I've been on a kick reading and reviewing romance novels for awhile on here, and here is yet another one! I suppose that when MY love life sucks, romance novels allow me to lose myself in them for a little while! Also, to those who have sent me ebooks or paperbacks to review, I promise I am working on it. Moving across the country took more out of me than I expected, and my motivation to read went out the door! I'm getting into the swing of things again! 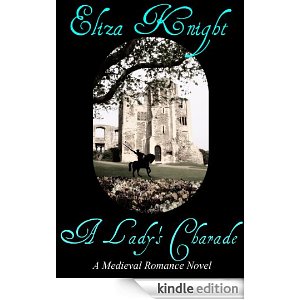 From across a field of battle, English knight, Alexander, Lord Hardwyck, spots the object of his desire—and his conquest, Scottish traitor Lady Chloe.

Her lies could be her undoing…

Abandoned across the border and disguised for her safety, Chloe realizes the man who besieged her home in Scotland has now become her savior in England. Her life in danger, she vows to keep her identity secret, lest she suffer his wrath, for he wants her dead.

Alexander suspects Chloe is not who she says she is and has declared war on the angelic vixen who's laid claim to his heart. A fierce battle of the minds it will be, for once the truth is revealed they will both have to choose between love and duty.


This was definitely a great romance novel! I enjoyed it from beginning to end. I love when an author brings “new” characters into historical fiction novels. So many hist. fict. books are about well known people in history (not that it’s a bad thing!!) but it’s cool to hear from the perspective on the time period through the eyes of someone new.


I was immediately drawn to Chloe. She’s a strong, intelligent woman who is able to make it through several sticky situations. The hero of the novel, Alexander, is the perfect romance novel hero. He’s strong and also has an angry, devilish streak in him that makes women want to tame him, and those are definitely MY favorite kind of romance heroes—no one wants a pushover.
The connection between Chloe and Alexander is pretty intense. How they hold out as long as they do is beyond me! The author, Eliza Knight, went into some pretty steamy detail about the love scenes between the two of them.
This  novel was not just about steamy sex & knights in armor, it also has a great story line, and two characters that you really want to root for, did I mention the steamy sex scenes?
I would definitely recommend this book to any historical romance novel fans. I thoroughly enjoyed it!
I give this novel five out of five stars!
CLICK HERE TO BUY THIS NOVEL!
at 3:48 PM