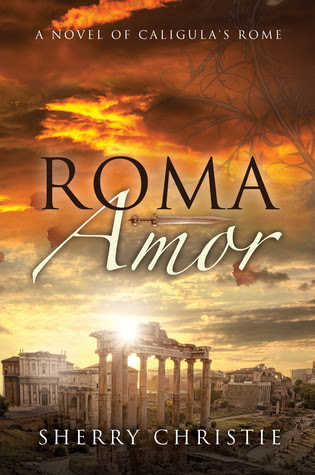 Roma Amor: A Novel of Caligula's Rome by Sherry Christie

Marcus Carinna hears a voice whisper, "Your turn," as he rides past his family tomb. An unseen presence also startles the Germanic priestess Aurima, whom he is bringing to Rome. But hardheaded Romans scoff at ghosts, and Marcus can't believe it's a warning from his brother, who killed himself three years earlier. 37 AD: To great acclaim, 25-year-old Caligula Caesar has become Rome's new master. No one is more pleased than Senator Titus Carinna, who helped him succeed to the throne. It's a shame the Senator's older son--Caligula's closest friend--committed suicide after being charged with treason. But that still leaves Marcus, his second son. Headstrong and hot-tempered, Marcus would rather prove his courage by leading legions against Rome's enemies than take his brother's place. Yet when his father orders him to befriend Caligula, he has no choice. Caught in a web of deceit, conspiracy, and betrayal, he will uncover a secret that threatens his family, the woman he desires, even his life... and may bring chaos to the young Roman Empire.

"Roma Amor: A Novel of Caligula’s Rome", is a complete page turner by author Sherry Christie! I had shied away from reading historical fiction set during the Roman Empire the past couple of years, but I thought this one sounded interesting, so I gave it a chance. So glad I did! I feel like I was able to learn so much about the inner workings of the Roman Empire as I read, but never once did I feel as though it lagged or became overly text book like. Prior to this novel, my only experience with Caligula was a movie I picked up at Family Video with the title “Caligula.” What a mistake that was! It was a 1970’s or 80’s film, and it was basically a soft core porno! It wouldn’t have been so bad, except for the fact that I had sat down to watch it with my parents, thinking it would be an interesting historically based movie! I think I turned 10 shades of red before finally making an awkward exit up to my bedroom. This book was a MUCH better experience than that one!

Marcus’ character is definitely one that draws female attention. He’s strong, wealthy, from the upper class, a warrior, and a bit of a bad boy. However, he is set on reforming himself, and making his father as proud of him as he was of his first son, Publius, who had been sentenced to death by the previous Roman Emperor, Tiberius. Marcus also develops a fascination with a Marcomanni Priestess named Aurima, who is a hostage of Rome after being taken prisoner during battle. His fascination leads him to do things that could possibly have serious consequences for his family’s good name, and possibly his life, but he finds that he is drawn to her, and unable to stop thinking about her.

"Roma Amor" is definitely one of the better books I’ve read recently. I found myself reading until two or three in the morning sometimes, unable to put it down for the night. Though it is a good sized book, I finished it quickly, because it was impossible to walk away from! If you are a fan and/or have interest in historical fiction, especially history dealing with the Roman Empire, than I would highly suggest getting this book. The author’s writing is fantastic, and never feels stiff or uneven, and the characters are so well-written that you can truly believe they were all real people, straight out of the past. Without a doubt, this is a FIVE out of FIVE STAR novel!


"The first installment in a page-turning saga that revisits the heroes and villains of the grandest city of the ancient world.... Comes alive with the long gone characters who were its lifeblood" -Kirkus Reviews

''Combines current political concerns, the wide lens of the serious historical novel, and emotional maturity and realism with an utterly splendid grasp of what it must have been like to live in Rome under Caligula's reign.'' -Sarah Smith, Agatha Award winner and New York Times Notable author 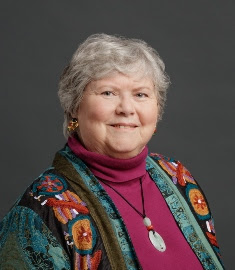 After earning a Phi Beta Kappa creative award in college for an early draft about a nobly born charioteer, Sherry Christie spent many years of research and revision developing ROMA AMOR into the story about fathers and sons that it wanted to be. It's a joy to immerse myself in the lives of first-century Romans--and a distinct change from my day job as a . In addition to writing, Sherry is a professional copywriter. She lives on the coast of Maine with a native-born Viking and two cats. For more information, please visit Sherry Christie's website. You can also connect with her on Twitter, and Goodreads.

To win a paperback copy of Roma Amor: A Novel of Caligula's Rome by Sherry Christie, please enter via the Gleam form below. 2 copies are up for grabs!

– Giveaway ends at 11:59pm EST on November 11th. You must be 18 or older to enter.
– Giveaway is open to US residents only.
– Only one entry per household.
– All giveaway entrants agree to be honest and not cheat the systems; any suspect of fraud is decided upon by blog/site owner and the sponsor, and entrants may be disqualified at our discretion.
– Winner has 48 hours to claim prize or new winner is chosen.

On Friday 3rd October 2014, the podcast that became a worldwide cultural phenomenon made its debut. Serial, described by critics as an audio game-changer, gripped the world with its exploration of Adnan Syed’s 1990 conviction for the murder of his former girlfriend, Hay Min Lee. The podcast was downloaded over 20 million times in 2014 alone and went on to win a Peabody Award in 2015. Two years on from Serial, the editors at Audible.co.uk have selected the best Serial spin-offs and investigatory true-crime, for those who still can’t let go…

'The first letter I received after being arrested in 1999 was from Rabia. Since that time until now, she has believed in my innocence and been committed to my exoneration.... There is no one better to help tell my story, and no one that I trust more to tell it, than Rabia.' (Adnan Syed)

Rabia Chaudry, a family friend, always believed him and has never given up the hope that he might someday be released. By 2013, however, after almost all appeals had been exhausted, things looked bleak. That was when Rabia contacted Sarah Koenig, a producer at This American Life, in the hopes of finding a journalist who would bring greater attention to Adnan's story and might shed new light on the case.

Woven with personal reflections from Adnan himself, and the story of his family, community, and public advocate Chaudry, the audiobook offers new insight into the story that captivated the attention of millions as his legal and investigatory team seek to find out the truth of what really happened on that day in 1999.

2. In The Dark
Created by APM Reports
Free on the iTunes store 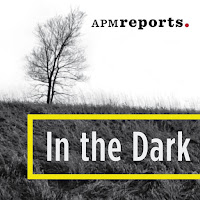 A podcast about a 27-year child abduction investigation that changed the nation.

Child abductions are rare crimes. And they're typically solved. For 27 years, the investigation into the
abduction of Jacob Wetterling in rural Minnesota yielded no answers. In the most comprehensive reporting on this case, APM Reports and reporter Madeleine Baran reveal how law enforcement mishandled one of the most notorious child abductions in the country and how those failures fueled national anxiety about stranger danger, changed how adults parent their kids and led to the nation's sex-offender registries. 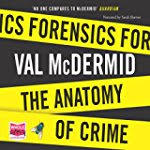 The dead talk. To the right listener, they tell us all about themselves: how they lived, how they died--and who killed them.

Val McDermid uncovers the secrets of forensic medicine with groundbreaking research and her own experience. Along the way you'll wonder at how maggots collected from a corpse can help determine time of death and how a DNA trace a millionth the size of a grain of salt can be used to convict a killer.

The Undisclosed podcast investigates wrongful convictions, and the U.S. criminal justice system, by
taking a closer look at the perpetration of a crime, its investigation, the trial, and ultimate verdict... and finding new evidence that never made it to court.

Series One explores the State of Maryland's case against Adnan Syed. The podcast revisits the case from the beginning, looking at all available evidence - not only what was presented in Serial, but new evidence that we uncovered in the team’s investigation. The podcast is written by three attorneys and as such it delves deeply into the legal side of the case, aiming to get to the truth of what happened on January 13, 1999.

In the major league draft of 1971, the first player chosen from the State of Oklahoma was Ron Williamson. When he signed with the Oakland A's, he said goodbye to his hometown of Ada and left to pursue his dreams of big league glory.

Six years later he was back, his dreams broken by a bad arm and bad habits-drinking, drugs, and women. He began to show signs of mental illness. Unable to keep a job, he moved in with his mother.
In 1982, a 21-year-old cocktail waitress in Ada named Debra Sue Carter was raped and murdered, and for five years the police could not solve the crime. For reasons that were never clear, they suspected Ron Williamson and his friend Dennis Fritz. The two were finally arrested in 1987 and charged with capital murder.

With no physical evidence, the prosecution's case was built on junk science and the testimony of jailhouse snitches and convicts. Dennis Fritz was found guilty and given a life sentence. Ron Williamson was sent to death row. 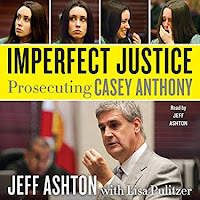 It was the trial that stunned America. On July 5, 2011, nearly three years after her initial arrest, Casey Anthony walked away, virtually scot-free, from one of the most sensational murder trials of all time. She'd been accused of killing her daughter, Caylee, but the trial only left behind more questions: Was she actually innocent? What really happened to Caylee? Was this what justice really looked like?

In Imperfect Justice, prosecutor Jeff Ashton, one of the principal players in the case's drama, sheds light on those questions and much more, telling the behind-the-scenes story of the investigation, the trial, and the now-infamous verdict. Providing an inside account of the case, Ashton, a career prosecutor for the state of Florida, goes where the press and pundits have only speculated, detailing what really happened during the investigation, showing how the prosecution built their case, and explaining how a woman so shrouded in suspicion was proclaimed innocent. Ashton examines what the prosecution got right, what they got wrong, and why he remains completely convinced of Casey Anthony's guilt. 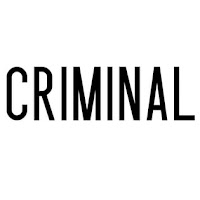 Criminal is a podcast about crime. Not so much the "if it bleeds, it leads," kind of crime. Something a little more complex. Stories of people who've done wrong, been wronged, and/or gotten caught somewhere in the middle. Hosted by Phoebe Judge, this podcast is just as addictive as Serial, and one that’s sure to get you hooked.
at 12:22 PM 1 Share your thoughts!