BLOG TOUR: Under the Approaching Dark by Anna Belfrage 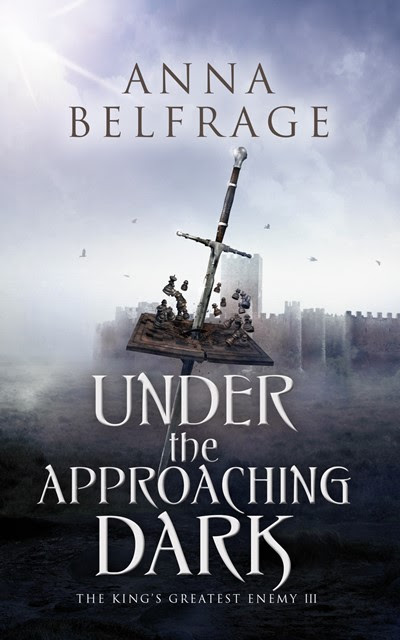 Under the Approaching Dark by Anna Belfrage


Adam de Guirande has cause to believe the turbulent times are behind him: Hugh Despenser is dead and Edward II is forced to abdicate in favour of his young son. It is time to look forward, to a bright new world in which the young king, guided by his council, heals his kingdom and restores its greatness. But the turmoil is far from over. After years of strife, England in the early months of 1327 is a country in need of stability, and many turn with hope towards the new young king, Edward III. But Edward is too young to rule, so instead it is his mother, Queen Isabella, and her lover, Roger Mortimer, who do the actual governing, much to the dislike of barons such as Henry of Lancaster. In the north, the Scots take advantage of the weakened state of the realm and raid with impunity. Closer to court, it is Mortimer’s increasing powers that cause concerns – both among his enemies, but also for men like Adam, who loves Mortimer dearly, but loves the young king just as much. When it is announced that Edward II has died in September of 1327, what has so far been a grumble grows into voluble protests against Mortimer. Yet again, the spectre of rebellion haunts the land, and things are further complicated by the reappearance of one of Adam’s personal enemies. Soon enough, he and his beloved wife Kit are fighting for their survival – even more so when Adam is given a task that puts them both in the gravest of dangers.

Anna Belfrage does an amazing job at completing the third book in The King's Greatest Enemy series. Under the Approaching Dark is the third book in the series, and it really brings all of the action and drama together for the reader.

While reading this series, I definitely became connected to the main characters, Kit and Adam. The ability to connect with, and to like the main character(s) (or at least admire), is always my number one requirement for a great book. I also love when historical fiction authors are able to stay relatively close to being true to history, yet use a bit of creative license in order to make things interesting, and to add elements of adventure and suspense throughout the book. Anna Belfrage does a great job of creating adventure upon adventure for her main characters, yet also keeping true to the history of England at that time. The events happening at this time in England did not really need an author to make them interesting, as the real people of that time were doing a good job of creating drama all on their own! During this time period, King Edward II has been captured and put in prison, his crown taken from him due to his poor leadership, and his son, King Edward III is newly crowned. However, due to his young age, he is being led by his mother, Queen Isabella, and her lover, Roger Mortimer. Things are definitely strained in the country, and sides are being chosen. Many of the nobles are angry at the closeness of Mortimer to the crown, and his influence on the new King; not to mention his position in the Queen's bed. Also, King Edward III is beginning to grow weary of his mother and her lover micromanaging his every move, and undermining his power. As he grows more resentful of their relationship and gains more confidence in himself, it is clear that something is going to give.

Ms. Belfrage weaves the lives of her main characters, Kit and Adam, in among those historical figures who are well known throughout history.  They are forced to find their way in a court full of intrigue and danger, and to be successful in doing so. Definitely a great book to read, especially if you love historical fiction. Although this novel CAN be read as a stand-alone, I would highly recommend beginning with book one of the series, In the Shadow of the Storm. There is so much that happens in the first two novels, both historically and with Kit and Adam, that there would definitely be some confusion if you began with this novel. Plus, the books are great, so why wouldn't you start with the first one? A solid FIVE out of FIVE stars from me!

"The writing is impeccable. The story has everything. Under the Approaching Dark is just perfect in every sense" - Sharon Bennett Connolly, History The Interesting Bits 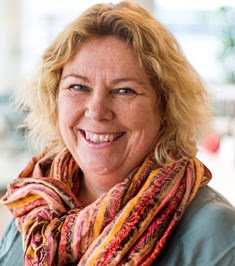 Anna was raised abroad, on a pungent mix of Latin American culture, English history and Swedish traditions. As a result she's multilingual and most of her reading is historical- both non-fiction and fiction. Possessed of a lively imagination, she has drawers full of potential stories, all of them set in the past. She was always going to be a writer - or a historian, preferably both. Ideally, Anna aspired to becoming a pioneer time traveller, but science has as yet not advanced to the point of making that possible. Instead she ended up with a degree in Business and Finance, with very little time to spare for her most favourite pursuit. Still, one does as one must, and in between juggling a challenging career Anna raised her four children on a potent combination of invented stories, historical debates and masses of good food and homemade cakes. They seem to thrive… For years she combined a challenging career with four children and the odd snatched moment of writing. Nowadays Anna spends most of her spare time at her writing desk. The children are half grown, the house is at times eerily silent and she slips away into her imaginary world, with her imaginary characters. Every now and then the one and only man in her life pops his head in to ensure she's still there. Other than on her website, www.annabelfrage.com, Anna can mostly be found on her blog, http://annabelfrage.wordpress.com – unless, of course, she is submerged in writing her next novel.

To win a copy of Under the Approaching Dark by Anna Belfrage, please enter via the Gleam form below.

– Giveaway ends at 11:59pm EST on May 30th. You must be 18 or older to enter.
– Giveaway is open internationally.
– Only one entry per household.
– All giveaway entrants agree to be honest and not cheat the systems; any suspect of fraud is decided upon by blog/site owner and the sponsor, and entrants may be disqualified at our discretion.
– Winner has 48 hours to claim prize or new winner is chosen.