BOOK REVIEW: A Kingdom's Cost: A Novel of Scotland by J.R. Tomlin 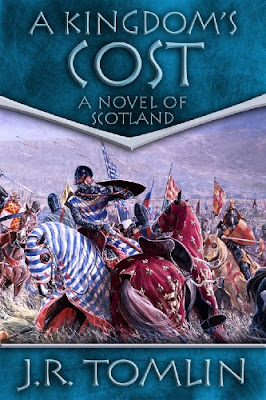 
Eighteen-year-old James Douglas can only watch, helpless, as the Scottish freedom fighter, William Wallace, is hanged, drawn, and quartered. Even under the heel of a brutal English conqueror, James's blood-drenched homeland may still have one hope for freedom, the rightful king of the Scots, Robert the Bruce. James swears fealty to the man he believes can lead the fight against English tyranny.

The Bruce is soon a fugitive, king in name and nothing more. Scotland is occupied, the Scottish resistance crushed. The woman James loves is captured and imprisoned. Yet James believes their cause is not lost. With driving determination, he blazes a path in blood and violence, in cunning and ruthlessness as he wages a guerrilla war to restore Scotland's freedom. James knows he risks sharing Wallace's fate, but what he truly fears is that he has become as merciless as the conqueror he fights.

As a fan of the historical fiction author, J.R. Tomlin, as well as a huge fan of Scotland's history, especially The Black Douglas, I was more than excited to read this novel. The author does an amazing job of staying as true to Scotland's history as possible, without coming across as though you were reading a textbook. "A Kingdom's Cost" is yet another great historical fiction novel by J.R. Tomlin, and The Black Douglas, aka James Douglas, is brought to life for the reader.

I've read a couple of books dealing with his life, and I felt that I was able to get to "know" him, and what drove him to become so determined and loyal to Scotland, best with this novel. James Douglas was loved by Scotland's people and their king, Robert the Bruce; however, this meant that he was one of England's greatest enemies at one point in time. His intelligence and knowledge of ways to beat the English, even though greatly outnumbered and having much less artillery, made him a legend in his country. This novel is the first in a series of three, and it gives you a look into exactly why he chose the path of fighting for his country's freedom, no matter the personal cost; and he did suffer a great amount of personal loss. The author does a great job of showing his readers what James Douglas was up against, his strength of character, as well as his loyalty to his country and king.

If you are a fan of Scotland's history, with William Wallace, The Bruce, The Black Douglas, etc., than I 100% recommend this book (and series) to you. In fact, I recommend all of J.R. Tomlin's novels, as I am a huge historical fiction fan, and she does a fantastic job of bringing real people, who died long ago, back to life for the reader. She is definitely one of my top 10 favorite authors for this genre. A solid five out of five star rating from me!


J. R. Tomlin is the author of seven historical novels: The Black Douglas Trilogy (A Kingdom's Cost, Countenance of War, and Not for Glory), A King Ensnared, A King Uncaged and Freedom's Sword, as well as a historical mystery, The Templar's Cross. She has also co-authored several fantasies with C. R. Daems: Blood Duty, Talon of the Unnamed Goddess, The Shadow Ryana, and The Shadow Gypsy.

She has close ties with Scotland since her father was a native Scot, and she spent substantial time in Edinburgh whilst growing up. Her historical novels are set in Scotland. You can trace her love of that nation to the stories of the Bruce and the Good Sir James her grandmother read her when she was small and to her hillwalking through the Cairngorms where the granite hills have a gorgeous red glow under the setting sun.

In addition to spending time in Scotland, she has traveled in the US, Europe and the Pacific Rim. She now lives in Oregon. 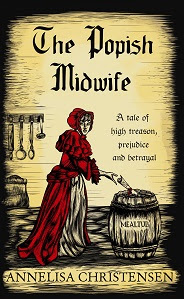 Why I Love Seventeenth Century Midwives

If there’s any group of women anywhere I have the greatest respect for, it’s the midwives. The job they do, even now, requires different roles. They support a pregnant woman before birth; they can be present at the birth and then they often provide post-birth advice and care. This means they are frequently the source of the most constant contact between the mother, her children and the medical profession throughout large portions of her childbearing years. Having a good midwife can make the difference between being comfortable and happy with the new role of motherhood, help recovering physically, and mentally and emotionally adapting to a life with a new dependent. A good midwife can help make that transition smooth; a more disengaged one can leave a new mother feeling uncertain, insecure, unhappy.
And that’s now. 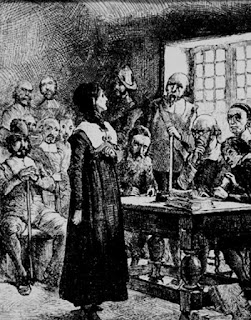 Three hundred years ago, many women could act as a midwife for the birth of a family member, friend or neighbour. And, indeed, it often fell on ladies of quality to tend to births not only one of their own household, but also of those working for them. For many of these women, the only experience they might have is of being present at other births, perhaps watching their mother or another female relative at the bedside. There was no formal training, only networking. Any woman might fall into this group.
But there was another group: midwives who regularly attended births both near and far away, and were paid for it, made a living from it. A decent living at that, in many cases. Good midwives were highly sought after, and when a woman found one, they continued to retain them for future births, as well as spread the word this was a midwife you could trust. These woman often learned their trade through apprenticeships lasting many years, and obtained a licence to practice based on the testimonials of several different women who had been birthed by them.
I’ve discovered something special about this group of women. They have certain qualities that make them stand out at a time when women were supposed to be subservient. Perhaps it is because they were able to retain a certain level of independence, or perhaps it is because they were given certain privileges of entry into places other women were forbidden (if the wife of a coffee house owner was having a baby, the midwife was bound to be allowed entry, when they wouldn’t otherwise be). Or perhaps it is because they had to bravely walk to and from births whether by day or through dark, unlit streets at all hours of the night. Something made this group of 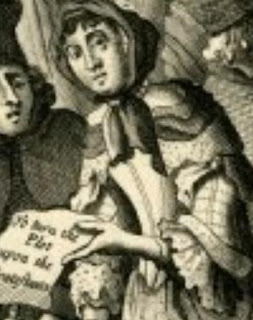 As I did my seventeenth century research for The Popish Midwife, delving into the life of Elizabeth Cellier who stood up in court for her belief, I came across Anne Hutchinson in Boston, famous for defending the right of a person to think for herself. At least three others wrote a book (Louise Bourgeois in France; and Jane Sharp and Elizabeth Cellier in England). There were many more outstanding midwives.
The story I’m currently writing is different from these. It’s about infamous rather than famous midwife, Marie Desormeaux. She murdered her husband and planted bits of his body to be found all over London. However, I argue that, after years of abuse, she was desperate enough to take her life into her own hands. I no way condone murder, but in that time beating your wife was condoned, desirable even, to bring her under control. And when that power fell into the hands of a man who physically, emotionally and sexually abused his wife, several times to the point of near-death, I can understand her desperation. It was either him or her.
Even in this awful situation, Marie showed aspects of character similar to the other midwives of the time – that inner strength, confidence and belief in herself. 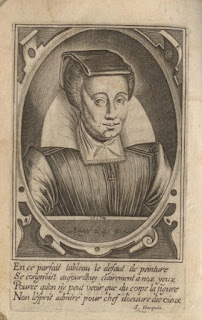 So many midwives of the time stood out, whether for good or for bad; accused of witchcraft but more likely employed to search for witch-marks; of being a whore, yet conversely of their wisdom in the lore of nature and birth; of being drunks or for their calm in dealing with births going wrong. Whatever their reputation, there was something about them that brought forth strong feelings one way or another. And for that I’m grateful. It means they were talked about, recorded, for good or ill, leaving traces and trails to follow today.
I came upon Elizabeth Cellier’s story by accident (I won pages recording her trial in an auction), but once I saw what an interesting person she was, her notoriety, that she was talked about, made fun of, I was able to find clues about her in so many different places, all waiting for me to put together and create her story. I think you’ll agree her story is exciting and worth reading.