What I hope you, the reader, will take away from reading The Accidental Empress... 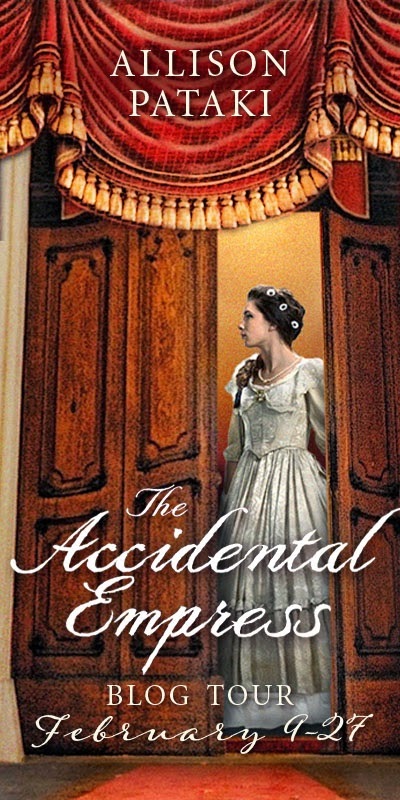 I want readers to finish The Accidental Empress feeling like they’ve taken an exquisite journey to another time and place—that they have been immersed into the world of Habsburg Vienna and Budapest. I want readers to be inspired to learn more about Sisi—whether that means traveling to her locales, reading more about her, or studying the history of the time period.

I also want readers to see that, even though Sisi was an Empress who lived in a glittering kingdom with an Emperor for a husband, that this is not your typical fairy tale. Sisi’s struggles and emotions and joys and defeats were incredibly relatable. No, we don’t all live in grand palaces, but we are all human, and Sisi was not afraid to show her humanness—even though more-than-humanness was expected of her. People thought Sisi ruled by “divine right,” that she was “God’s chosen vessel,” and yet, we know from her story that she was just a young woman involved in a tumultuous marriage with personal struggles of her own. She is a leading lady we can all root for and empathize with.

Sisi was a fascinating, complex, modern, beautiful, and tragic leading lady in her own time. And yet, somehow, she has become a footnote in modern history. It is so interesting to me how many women—women who accomplished huge things—have slipped through the cracks of history with their stories going largely untold.

Sisi is a woman people should know. She presided over the golden era of the Habsburg Court, an age that gave us advances in culture and the arts and architecture, as well as advances in science and politics. Her family gave us the castle that we all know of as “The Walt Disney Castle.” Her family gave us the waltz and Wagner’s Ring Cycle and Klimt’s paintings. Sisi ruled at the time that a young Doctor named Sigmund Freud was just down the street in Vienna inventing psychoanalysis. And this reign of Sisi and Franz Joseph takes us right up to the doorstep of World War I. Her heir was the man who was assassinated (Archduke Franz Ferdinand), setting off World War I, the greatest armed conflict the world had known to that point.

We’ve read all about Anne Boleyn and the Tudors. We’ve read about Marie Antoinette. We’ve read about the Medici in Italy and the Tsarinas in Russia, and yet, Sisi’s story is more compelling and complex than all of those, I believe. I hope people will really enjoy diving into the world of Sisi and the Habsburg Court.

The Accidental Empress by Allison Pataki was wonderfully written and very well researched. The characters were very thoughtfully developed, as were the dialogues throughout the novel. This book was definitely a page turner from beginning until end, which above everything, is what I look for in a book. I have not read many books (if any) that were set during this historical era, and due to the excellent research that the author put into writing this novel, I really felt like I walked away from this book with a lot of new found knowledge relating to the people and the cultures of the time. Sisi’s life is incredible, and she definitely makes her mark on history when she and Emperor Franz Joseph of the Holy Roman Empire meet and fall in love and end up marrying, even though she had originally gone as a companion to her sister, who was the one who was really supposed to marry the Emperor, and become the Empress. However, as fate would have it, he became captivated by the younger sister, and the rest is history, fascinating history that the author captures perfectly!

I would definitely recommend this book to all fans of historical fiction, it is definitely worth the money! I give The Accidental Empress a FIVE out of FIVE stars! 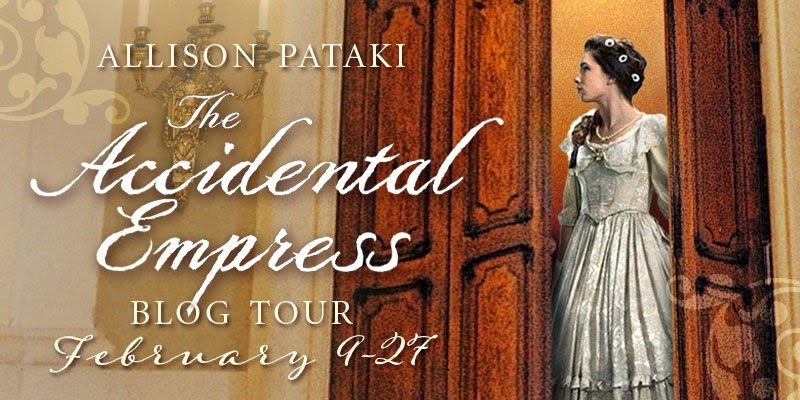 Allison Pataki is the author of the New York Times bestselling historical novel, The Traitor's Wife. She graduated Cum Laude from Yale University with a major in English and spent several years writing for TV and online news outlets. The daughter of former New York State Governor George E. Pataki, Allison was inspired to write her second novel, The Accidental Empress, by her family’s deep roots in the former Habsburg empire of Austria-Hungary. Allison is the co-founder of the nonprofit organization, ReConnect Hungary. Allison is a regular contributor to The Huffington Post and FoxNews.com, as well as a member of The Historical Novel Society. Allison lives in Chicago with her husband. To learn more and connect with Allison visit www.AllisonPataki.com or on Twitter.

Thanks to Allison Pataki and Simon & Schuster, one lucky winner will receive a $120 gift card to the ebook retailer of their choice (Amazon/B&N/iTunes)!

Please enter via the Rafflecopter form.