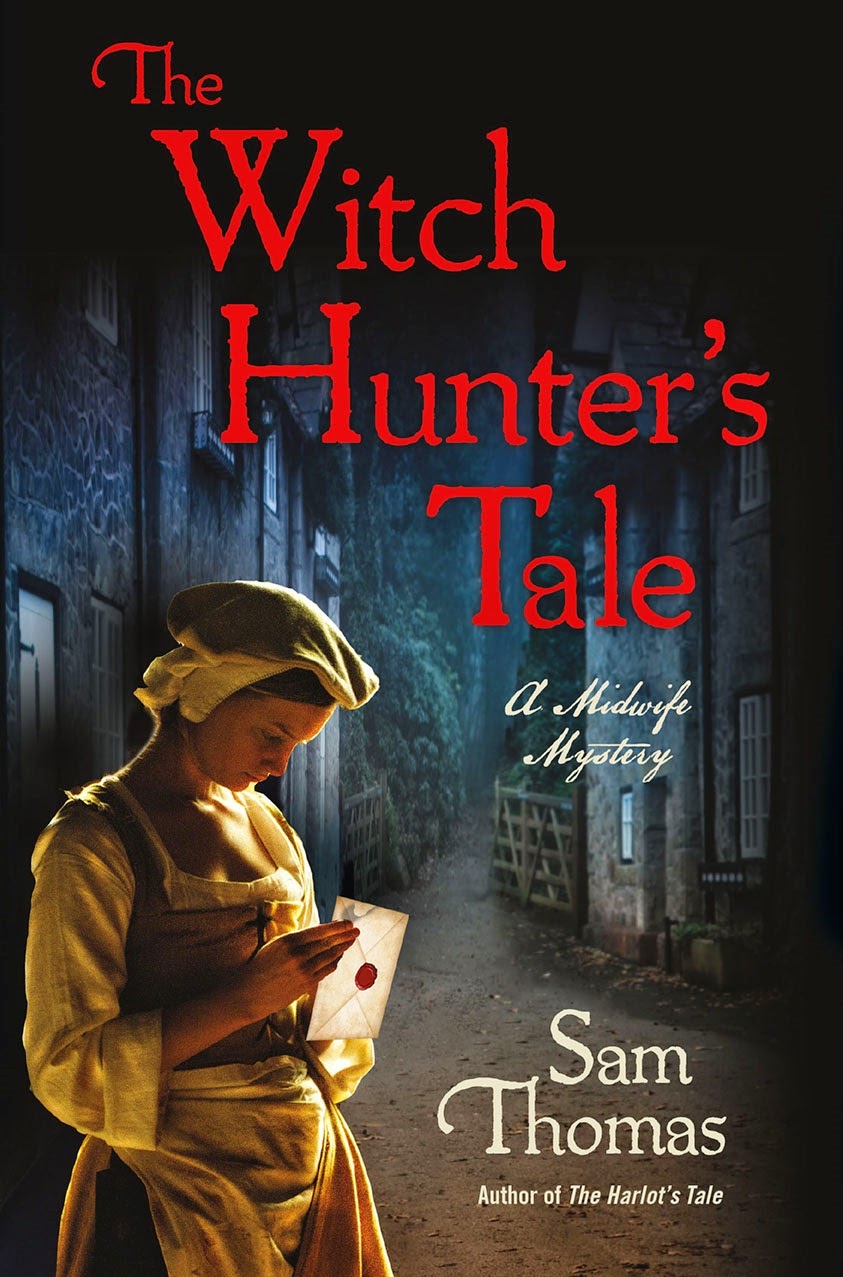 Sam Thomas takes readers back to Puritan England with midwife Bridget Hodgson, hailed by the Cleveland Plain Dealer as “one of the most fascinating detectives in contemporary mystery fiction.”
Winter has come to the city of York, and with it the threat of witchcraft. As women and children sicken and die, midwife Bridget Hodgson is pulled against her will into a full-scale witch-hunt that threatens to devour all in its path, guilty and innocent alike.

Bridget—accompanied once again by her deputy Martha Hawkins and her nephew Will Hodgson—finds herself playing a lethal game of cat and mouse against the most dangerous men in York, as well as her sworn enemy Rebecca Hooke. As the trials begin, and the noose begins to tighten around her neck, Bridget must answer the question: How far will she go to protect the people she loves?

Praise for the Midwife Mysteries Series

“Sam Thomas has created one of the most fascinating detectives in contemporary mystery fiction—a crime-solving, wealthy, widowed midwife in embattled 17th-century York, England. . . . Bridget is as fascinating, fun and fierce as ever.” —Cleveland Plain Dealer on The Harlot’s Tale

”Besides making his heroine a plausible sleuth, Thomas conveys the challenges of midwifery without clumsy exposition.” —Publishers Weekly (starred) on The Harlot’s Tale

“As pleasurable as his mystery is, the true thrill here is Thomas’s lively portrait of 1644 York and his unique heroine.” —Cleveland Plain Dealer on The Midwife’s Tale

“A briskly plotted historical mystery starring a pair of brave, tenacious, intelligent women who take no prisoners and make no apologies.” —Lyndsay Faye, author of Gods of Gotham

“Thomas is a historian by profession and it shows in the wealth of detail with which he recreates the city of York amid the turmoil of the English civil war.” —Rhys Bowen, author of the bestselling Royal Spyness series

“A heart-stopping page-turner coupled with a gritty and realistic portrayal of two strong and contrasting woman characters vividly depicted against the backdrop of the besieged city of York.” —Cora Harrison, author of I Was Jane Austen’s Best Friend

“Thomas’s fiction debut is packed with fascinating information about a midwife’s skills and life during the English civil war. The ingenious, fast-paced mystery is a bonus.” —Kirkus Reviews on The Midwife’s Tale

Sam Thomas is an assistant professor of history at the University of Alabama in Huntsville. He has received research grants from the National Endowment for the Humanities, the Newberry Library, and the British Academy. He has published articles on topics ranging from early modern Britain to colonial Africa. Thomas lives in Alabama with his wife and two children.
For more information please visit Sam Thomas’s website. You can also find him on Facebook, Twitter, and Goodreads.


Friday, February 27 Review at So Many Books, So Little Time